The first book my name appeared in was The Guinness Book of Records.

Alright, so the closest I got to becoming a record-breaker was adjudicating a baked bean eating contest. I was an intern for the publisher and got to keep my company-issued sweatshirt with ‘scrutineer’ emblazoned on the back. I also received a name-check in that year’s edition.

Here’s the thing though: back at university, none of the friends who’d spent their summers in lucrative banking internships could resist flipping through my free copy. And I knew that once they’d picked it up, they’d be sat there for at least half an hour. Biggest, fastest, heaviest, hairiest – as a compilation of random snippets of jaw-dropping extremes, it was irresistible.

Ben Hoare’s An Anthology of Intriguing Animals has that same, you’ll-never-guess appeal. It also happens to be a gorgeous to look at: a big gold-stamped hardback with gilt-edged pages and a ribbon marker. It looks like it’s been pulled from the shelf of one of children’s literature’s most magical libraries. Open it up, and the thrills continue – each intriguing animal, more than 100 in all, get its own spread, featuring a colour drawing and a photo that bursts off the page.

But back to those facts… Did you know, for instance, that starfish have their eyes at the end of their arms, their mouth where their bottom should be, and their bottom where their head should be – if they had a head, which they don’t? Nor do they have a brain or a heart. And, get this, some starfish can regrow their whole body from just one arm.

Oh, and if the answer is yes, you did know all of those starfish facts, let me just say in defence of the rest of us that ignorance actually comes in handy here: your children get to see you excited about learning from books. It’s not just facts, either: there are stories and myths, while less happy realities, like endangerment, are also acknowledged. 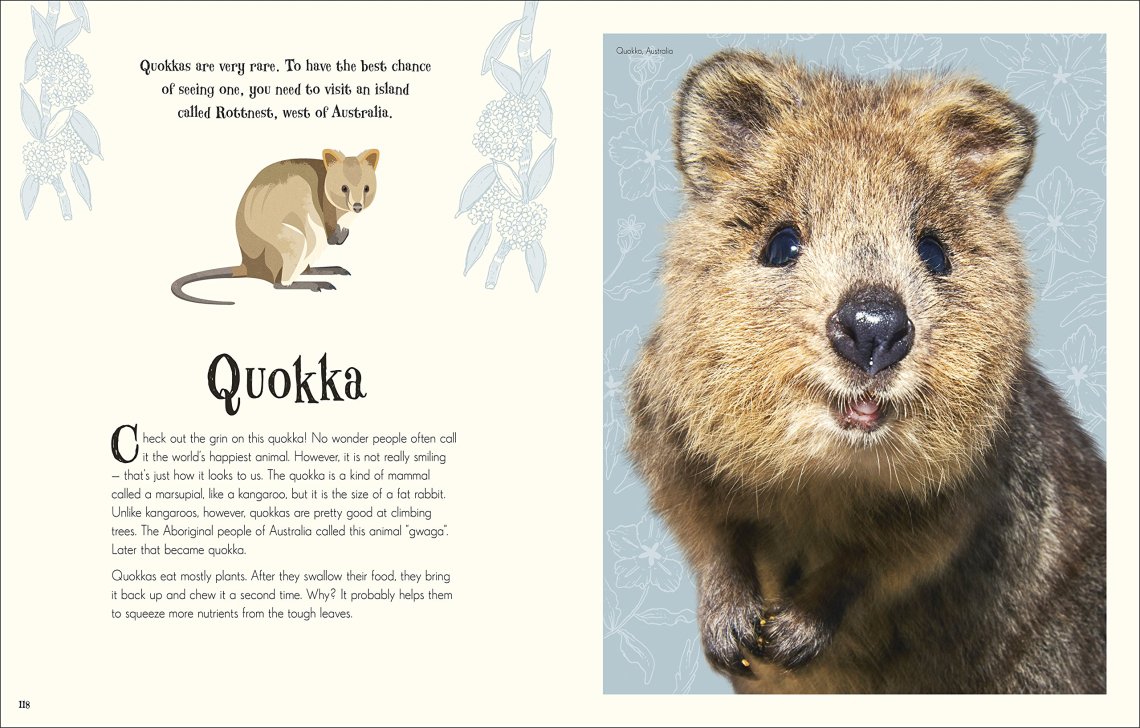 When it comes to animal reference books for children, the bar has soared in recent years. I’m thinking of books like Animalium, from the stunning Welcome to the Museum series, or Joelle Jolivet’s Zoo-Ology, both enormous hardbacks supercharged with colour and detail, the kind that have no trouble outshining a clunky tablet. This compendium of creatures holds its own visually, and also manages to read like a storybook.

At not yet three, my daughter is technically still a bit young but she loves poring over the detailed close-ups and scanning the visual index. I, meanwhile, turn out to be not in the least bit too old.

An Anthology of Intriguing Animals is published by Dorling Kindersley at £20.